You are using an out of date browser. It may not display this or other websites correctly.
You should upgrade or use an alternative browser.
Welcome to Eircooled
Our Ethos is simple; We promote, maintain, and encourage the use of classic aircooled vehicles. We run the club in an open, inclusive, and democratic environment. We encourage all members to have an equal say and part to play in the club.
Register 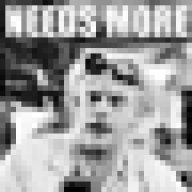